Seattle’s Best Coffee is a company owned by Starbucks, but operates quite differently. They recently have been transitioning to small franchised drive-thru locations with limited options.

Seattle’s Best Brewed Coffee has the same caffeine as their parent company’s brewed coffee does.

Accuracy? Caffeine in Coffee Can Vary

NOTE: The numbers above originally came from nutritional data published on Seattles Best website in 2014. By 2020 this information was no longer available.

Seattle’s Best caffeine is based on the average amount of caffeine consumers could expect to find in their coffee.

There are several factors that can influence the caffeine content such as brew type/length, coffee bean quality, and precise measuring of ground coffee and water.

Seattle’s Best in the second largest coffee roaster in the USA. They started in the 1970s as just a coffee roaster until opening a few cafes called Wet Whisker in the ’80s. The name was changed to Stewart Brothers Coffee, and then Seattle’s Best Coffee in the 1990s. Starbucks bought the company a decade later.

Besides Seattle’s Best company-owned stores and franchised drive-thru’s, their coffee is also served at other “partner” locations such as:

As well as in Seattle’s Best Coffee vending machines throughout the county in locations like motels and offices.

How Does it Compare?

The caffeine in Seattle’s Best Coffee served at partner locations could vary from what they list as the amount expected at their franchised drive-thru stores. 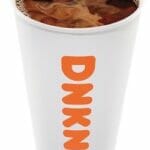 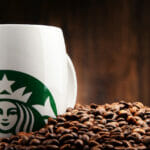